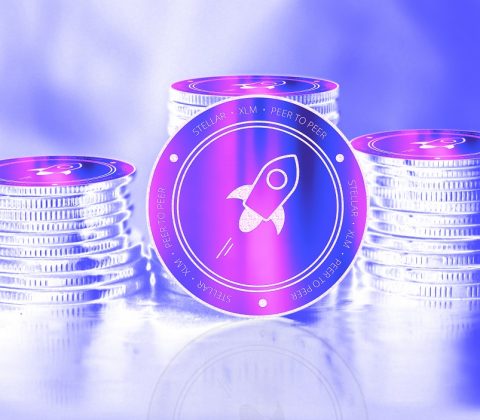 On the Stellar Inflation Debate

The Stellar protocol’s built in inflation mechanism is coming under increasing fire from the community due to what is perceived by some as a lack of transparency or valid justification for the model from the Stellar Development Foundation.

Stellar’s inflation model currently creates an additional 1% stellar annually. Each Stellar account holder is granted a number of votes proportionate to how many stellars they hold (1 stellar = 1 vote). The votes are cast by setting an ‘inflation destination’ address within the Stellar client. The top 50 Stellar accounts in receipt of the most votes have the inflation pot distributed amongst them.

Problems with the inflation model

The operator of Stellartalk.org who goes by the moniker Hurukan has posted a compilation of issues with the inflation model that have previously been discussed within the community. The post has sparked further debate on the issue, but the Stellar Development Foundation has as yet declined to comment.

The major bone of contention outlined in the forum post is the fact that although the Stellar Development Foundation has made statements to the effect that they hope users ‘will direct the inflation at causes they support or it will enable novel business models’, it is seemingly impossible to follow up on these due to the current inflation model.

Firstly, as the post rightly points out, most Stellar users keep their stellar in a gateway wallet, which means that their votes are transferred to the jurisdiction of gateways that will set their own inflation destination (probably pointing it at themselves). This will invariably lead to a situation in which only gateways will be able to reach the top 50 votes and average users will have no real say in distribution.

Secondly, the Stellar Development Foundation themselves hold 98 billion stellar. Therefore, they can always win the vote and award themselves a significant proportion of the inflation pot.

Is network neutrality important to the foundation?

When inflation was first mooted, it was assumed by many that in order to maintain network neutrality the custodians would not participate. However, it appears that this will not be the case.

What some find even more galling is the client setting of inflation destinations by default to ‘Stellar Development Foundation’ in new accounts. This means that many new users who are uncertain about destination setting will be transferring their vote to the already vote and stellar-rich ‘non-profit’ foundation.

All of this raises questions like: what is the real reason for inflation? Is it to line the pockets of Stellar Foundation and their friends, is it to support worthy causes, or is it, as many have speculated, to create a form of de facto demurrage to encourage use of the currency?

If it is the latter, then it would seemingly make more sense not to implement inflation until for example 12 months after all of the stellar have been distributed.

One might think that the last thing the Stellar Network needs is more stellar in reserve when there are still 98 billion left to give away. It seems strange that the foundation is creating more when they already have such a gigantic minting cap. Actual distribution will surely hit holders hard enough.

It also seems generally unfair to levy demurrage on stellar holders when there is no current use for stellar. When the currency is used and accepted by many merchants then there might be an argument for demurrage. But to punish holders for not spending something that cannot be spent seems counterproductive and perhaps even antagonistic.

Demurrage works when currencies are currencies. But since stellar has little or no practical use as yet, then it is not a currency but an asset, and assets have one purpose, to be stored. The inflation model as it currently stands seems to degrade even asset status and make stellar something of a liability.

And finally, if the goal is truly to help worthy causes, then we must ask again, why the need to implement inflation until after distribution? Surely it would be more efficacious for Stellar Foundation to give a proportion of the 99 billion Stellar that already exist to worthy causes with voting taking a direct democratic form.

Whichever side of the debate you find yourself on there seems to exist contradictory messages within the Stellar vision. This is expressed via calling something a non-profit and creating an unfair system through which you can profit. Or, creating on a demurrage effect that contradicts a commonly held notion recently expressed by Greg Brockman of Stripe that stellar itself will have little use at all other than as a liquidity provider and everyone will be using multicurrency IOUs.

On the whole, confusion and uncertainty are detrimental to financial networks in general, especially those built primarily upon trust.

If Stellar Development Foundation are simply following this inflation path in order to fund themselves and major gateways, then it would be better for them to simply admit the fact and say ‘we are allocating ourselves royalties because we are building the network and we are awesome’. In that way they would come across as honest and at least not insult the intelligence of the Stellar community.

But what cannot be denied is that for an organization that claims to be in favour of egalitarianism, their inflation system is certainly not egalitarian. Even if the Stellar Development Foundation were to relinquish their votes then their system would still mean that the rich get richer and the poor get poorer. This is a criticism that has caused many to move away from NXT and we must wonder why the Stellar Development Foundation would be so keen to include the downside of Proof-of-Stake in a new project when they have had the opportunity to do things differently.

Hopefully, The Stellar Development Foundation will move to address these valid community concerns and clarify their position further so that they do not come under even more criticism in future.